ACCI’s Vice-Chairman Mr. Muhammad Younus Mohmand, First Deputy to the Prime Minister of the Afghanistan Islamic Emirates Mr. Abdul Salam Hanafi, Acting Minister of the Industry and Commerce of the AIE Mr. Nooruddin Azizi, and other high-ranking officials met with the National Security Adviser of Pakistan Mr. Mueed Yousuf, the Special Representative of the Prime Minister of Pakistan for Afghanistan Mr. Sadiq Khan, and Pakistan’s ambassador to Afghanistan Mr. Mansoor Naeem and discussed the existing trade and transit issues and ways how to address them.

Mr. Mohmand pointed out the precarious economic situation of Afghanistan and insisted upon eradicating the existing trade and transit problems between the two countries such as Electronic Import Form EIF and other issues. 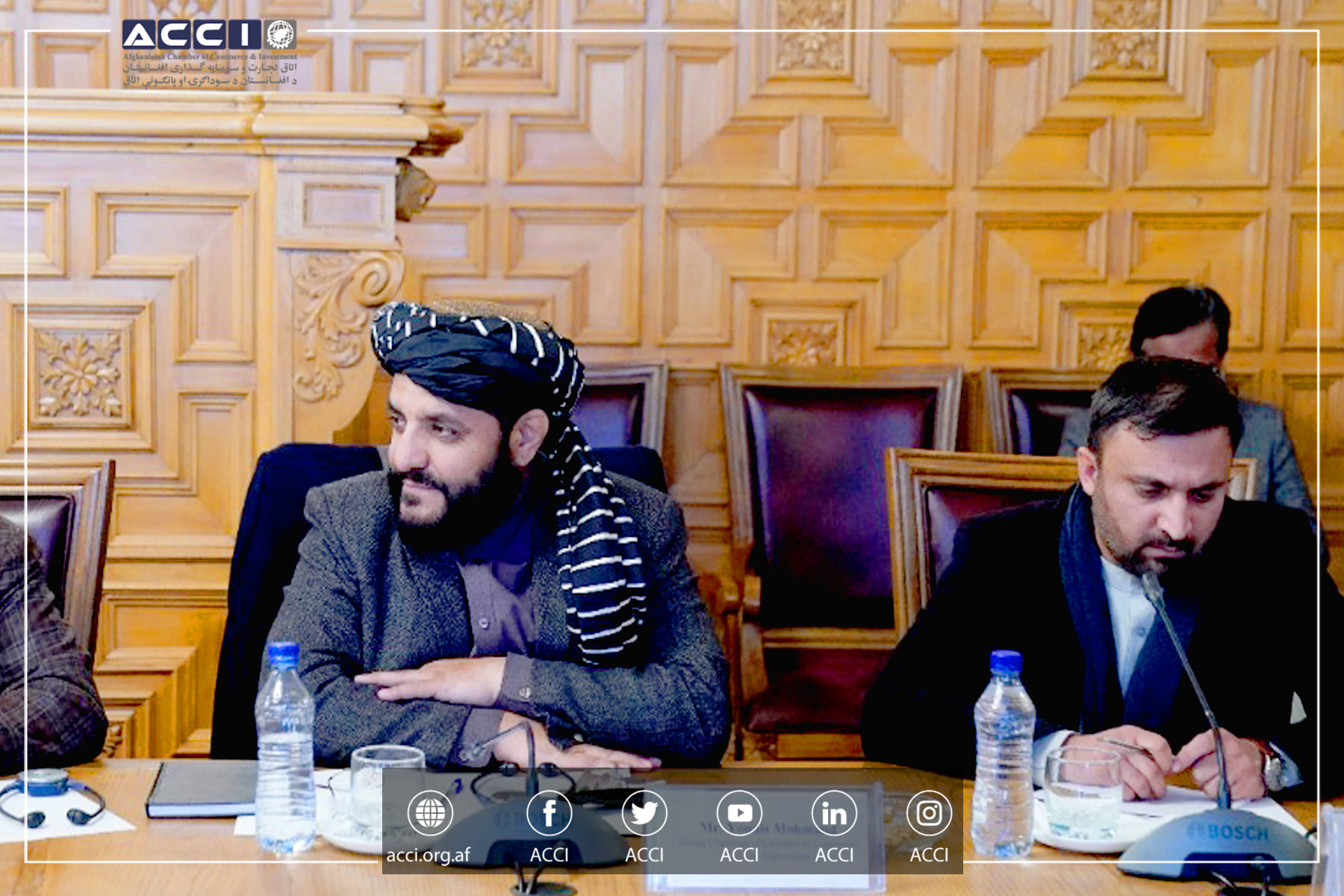 At the end of the meeting, both sides agreed upon the following issues to not let this unprecedented precarious economic situation perpetuate any longer.
•    Abolishing the Electronic Import Form (EIF) for the exports of Afghanistan imposed by the Central Bank of Pakistan.
•    Until national banks resume their activities, as usual, barter trade will be done between both sides.
•    Pakistan will exempt 18 export items of Afghanistan from the tariff.
•    Both countries are supposed to mainstream their policies for a better promotion in joint investment.
•    Afghan traders have to be provided with immediate and required facilities in the port of Karachi.
•    An effective mechanism should be used to dispatch commodities to both countries.