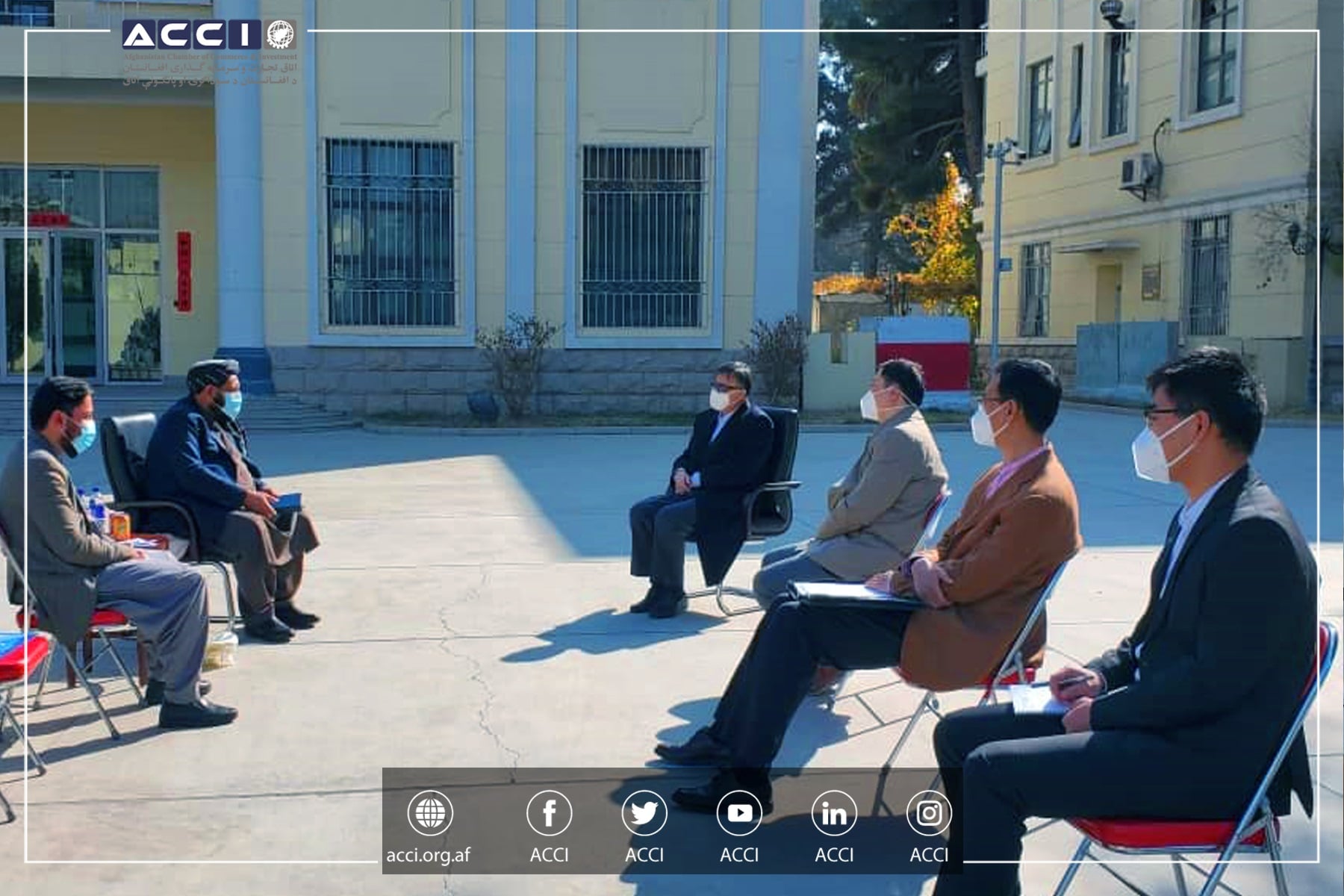 ACCI’s First Deputy to the Board of Directors, Mr. Muhammad Younus Muhmand meets with the Chinese Ambassador to Afghanistan, Mr. Wang You, and discusses how to; expand commercial relations and solve the existing problems of the Afghan traders. 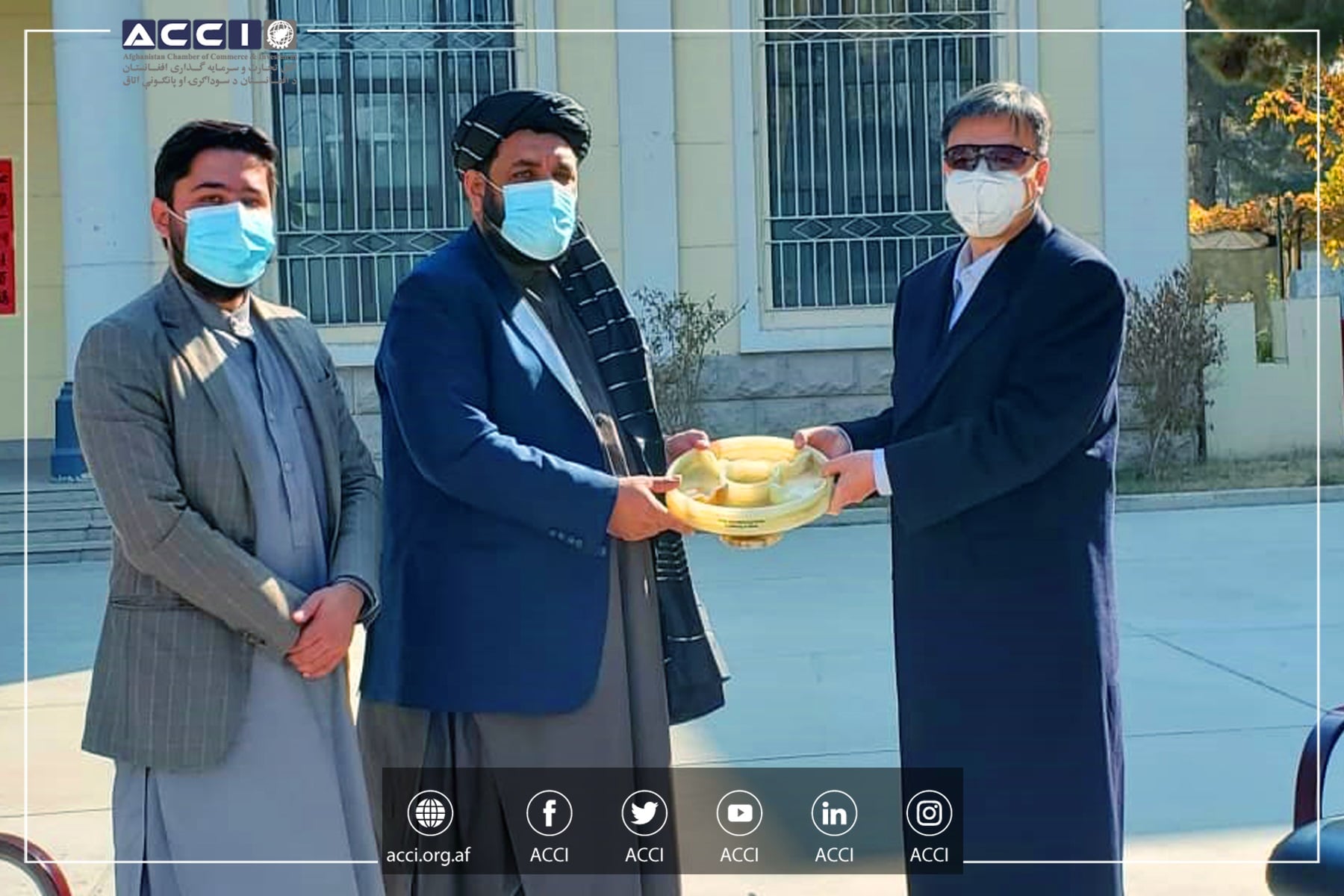 Mr. Muhmand appreciated the consistent cooperation of China in regards to promoting trade between the two countries and asked the Chinese Ambassador to help issue Chinese Visas for Afghan traders.

He, furthermore, said, “Besides importing Afghan pine nuts, the Chinese Embassy has to facilitate importing other products of Afghanistan to China such as dried fruit, herbals, precious and semi-precious stones.”

Mr. Wang You said, “Chinese Embassy stands committed to help issue visas for Afghan traders and facilitate other Afghan products such as dried fig, bitter and sweet almond, raisin, and saffron, to be imported to China.”

He also said that the Chinese government is pleased to distribute improved seeds to Afghan farmers free of cost and buy the crops when harvested.